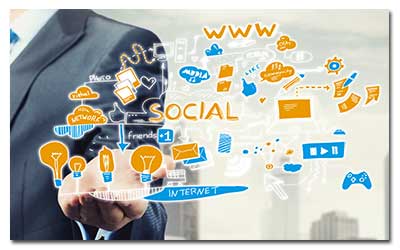 Among the several major changes that the W2P tool set has experienced over the years, the Cross Channel Marketing functionality was one which showed the most rapid deployment. A majority of W2P software providers now offer services after stretching out their capability beyond printing and catering other media forms as well. This web to print solution has played a vital role in expanding deployment of multichannel programs of a company, through use of the same asset repository and following same business rules.

This W2P software feature allows the initial decision of images, rules and design of an element in a campaign to be set up as preference. This preference automatically applies itself on all other types of media and elements attached to the campaign. Once a designer designs and finalizes on a layout for a campaign, the same layout, including image and text and all other components will be automatically applied on all email campaigns, direct mailers, pamphlets, etc.

Another advantage of this cross channel marketing functionality of web to print is of centralized control and management.  For example a centralized dashboard can be used for either monitoring the performance of a campaign, or even for comparing the results or performance of two campaigns side by side. Performance of two different media can also be monitored such as a magazine advertisement campaign with an email campaign, etc. Comparison between different lists is also possible through this spectacular Web to Print system feature.

The cross channel marketing Web to Print application has allowed marketers to now efficiently employ their capital after monitoring the performance of different media and campaigns. They can select after careful analysis on which channel is more productive for the business and what channels should be used in a campaign to guarantee success. Also addressing of issues related to unsuccessful campaigning is made possible in W2P system, allowing more effective use of available resources that actually bear results.

The entire process from landing on your site to finished design and processed payment can take as little as 3 minutes. The customer can choose a topic or search for the background, pick a text layout, fill in their information, add a backside if needed, add a QR code and proceed to checkout. Once the payment is processed you receive the full payment as well as a perfect print-ready PDF with bleeds.

B2B Printing Storefronts for Brand based proofing and Online Ordering

Custom Web to Print Solutions and Bespoke Technology that fits your Workflows.

Do you have a custom requirement for your clients or products? We will create Custom Web to Print Solutions that fits your bespoke workflows and satisfies your clients’ demands.

Do you want to learn proper marketing of a printing site?  With ePrintAutomation we provide the right print marketing automation training for your company to excell online.

How to Benefit from Cloud Automation

B2B Printing Storefronts for Brand based proofing and Online Ordering

Do you have a custom requirement for your clients or products? We will create Custom Web to Print Solutions that fits your bespoke workflows and satisfies your clients’ demands.

Do you want to learn proper marketing of a printing site?  With ePrintAutomation we provide the right print marketing automation training for your company to excel online.

Keep up to date with technology

Customer shopping habits continue to change in the printing industry at a rapid rate and print companies need to stay up to date with the latest software available. Printers need guidance about which technology can help their business grow and support on how to use their sites to attract clients

Customers want fast delivery. Printers are trying to find new ways to speed up production processes so that they can meet the demand for faster turnarounds. Combination of perfect files, less touchpoints bring a more streamlined, integrated workflow that reduces the need for human intervention.